With the 2014/15 season just a couple of weeks away, it’s almost time for the teams to declare their squads …

We’re still waiting for the finalised squad lists, but in the meantime there’s some tasty rumours coming out of PSA Central …

Bristol still to have a Shorbagy as Marwan migrates to replace his brother at the top of an order that has a distinctly French flavour …  St George’s strengthen fifth string with Malaysian world number five … Surrey signings from all over the world – Egypt, Peru, Denmark, Belgium to name a few … Coolhurst have women’s strength in depth … Duffield depending on a similar squad to last season …  Nottingham and the Lions largely unchanged too … Pontefract pick up a new top end contender …

Stay tuned for the final word …

No news of signings, but there’s a new name in Division A this season as the University of Birmingham rebrand in line with their other National events, and will henceforth be known as the Birmingham Lions. Let’s see if they can roar into the playoffs for the first time … 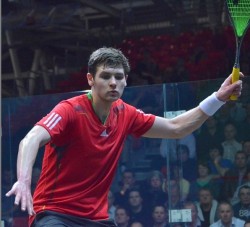 Team Chichester have signed the services of world 26 Adrian Waller for the forthcoming season.

Team Manager Mike Phillips is delighted to have secured Waller as a replacement for Jonathan Kemp who is now coaching abroad.

“Adrian is a young player rising up the rankings, so this could be a great platform for himself as well as the team,” said Phillips. “Coming from an extremely good Surrey squad where he was playing at number three most of the time, this will give him a great chance to put his game up against the other PSL no ones, and I am sure he will rise to the challenge,” added Phillips.

Having been a long standing servant to Surrey Waller felt the time was right for a change and the offer of playing at number one for the south coast club seemed like the right move.

Waller, along with Nathan Lake who at 22 is available for a further two seasons as a 23 and under player, are Chichester’s two new signings, and their top line out is completed with Aussie Rex Hedrick, Robbie Temple and Lauren Briggs.

“Once again we do not have a main sponsor, money is tight but we pride ourselves on playing entertaining Squash and 5 full houses at home last season says we are moving in the right direction,” says Phillips. “We finished third last year and were close to the play offs, and as long as we can remain competitive throughout the season then once again we will give the home crowd something to cheer about.” 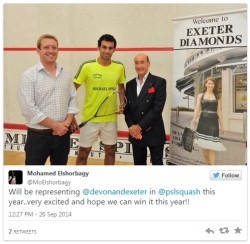 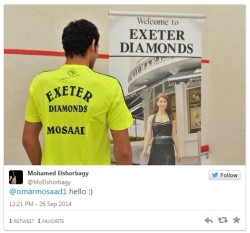 The world #3 (#2 as of 1st October) moves from Bristol to Exeter to join his Egyptian compatriot Omar Mosaad (that’s actually Mohamed in Mossad’s shirt in case you were wondering).

Everards are pleased to announce their continued sponsorship of the Leicester Squash Club for the 2014/2015 season, to now bring them PSL for the first time.

Following last season’s success in local leagues, the club takes team squash in Leicester to the highest level in the country – the Premier Squash League (PSL). They recently completed a £400,000 investment in two new Everards branded courts which will now see squash of the highest calibre in PSL.

After a monumentally busy summer a full squad has been signed up to participate in the PSL, including top world ranked players and the very best of Leicester’s local talent.  Star players include world number 10 Daryl Selby, a recent Commonwealth Games medallist, Australian International Ryan Cuskelly, South African National Champion Shaun Le Roux, and Tania Bailey who reached 4 in the women’s world rankings. Closer to home, George and Luke Parker together with Lily and Mari Taylor are also signed up, giving chance for local talent to prosper on the highest stage. The club is busy preparing for the first fixture, at home to Pontefract Squash Club on October 21st. 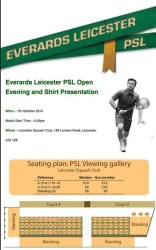 Nick Clark, Chairman of Leicester Squash Club said, “It’s fantastically exciting to think that the world’s best squash players will be coming to Leicester and we are very grateful for the help and support that Everards have provided to the club.  Leicester really is turning into a great city of sport and we’re pleased to be able to contribute to that”.

Erika Hardy, Head of Marketing at Everards said :“We’re delighted to be continuing our partnership with Leicester Squash Club. We’re excited for the upcoming season and look forward to seeing some of the most talented Squash players in the world”.

Everards have a long history of supporting local sport within the community and encourages club sustainability and growth through sponsorship. Leicester Squash Club is part of the Everards ‘sports hub’ which includes partnerships with the LeicesterTigers, the Leicester Riders and the Alliance Football League to name a few.

Watch out for Leicester this coming season as they look to impress in their first season in the league.