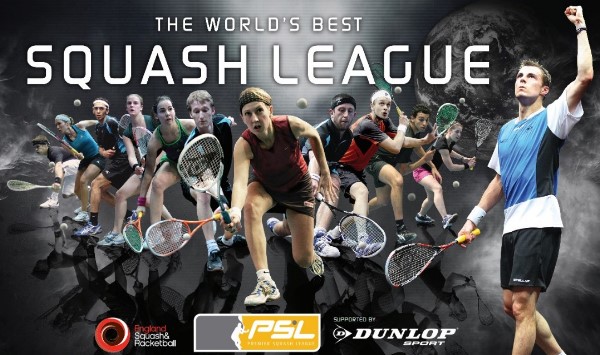 The 28th season of the Premier Squash League (PSL), supported by Dunlop, gets underway on Tue 11th October with Integrity Surrey Health & Racquets bidding to become the first club to win the world’s most prestigious squash league title three times in a row.

The Croydon club, first winners of the title in 2008, were victorious again two years later – then successfully defended the crown in 2011.  Surrey Health & Racquets host UWE Bristol in their opening tie.

University of Birmingham are newcomers to the PSL this season:  “Our squad is led by midlands-based world No37 Chris Ryder – and the aim of this new venture is to bring world class squash to the university whilst giving past and present students the opportunity to play and watch the best league in the world,” said team manager Jonathan Tate.

“In Group B, Benz-Bavarian Duffield will be looking to fulfil their potential and challenge for the title that they have won on three previous occasions,” said PSL organiser Chris Nutley.  “They were deeply disappointed last April to lose in the semis and with world No1 and 2 Nick Matthew and Jenny Duncalf leading the team, they will be confident of success.”

Duffield host Oxfordshire Health & Racquets, led by Australian Cameron Pilley. “It’s another exciting season for the Oxford club in the PSL league,” said team manager Jason Martin.  “We are delighted we continue to enter a team and we have some familiar faces and our usual mix of world class stars and local heroes Cameron Pilley, Madeline Perry and Scott Handley to name three.

“Unfortunately one of our stalwarts (ex Birmingham Uni student) Chris Ryder has understandably been recruited by the new Birmingham outfit, as have Jaymie Haycocks and Katie Quarterman.  On the positive side Mark Cairns is back and we hope that the fantastic Thierry Lincou provides some extra fire power at the top of the order.  With Virgin Active Health Clubs acquiring all Esporta clubs our biggest decision was over what the team name would be this year!”

While Derbyshire club Duffield will be making their 19th successive appearance in the league, Team Chichester will be marking their 17th – led for the first time by Malaysian Mohd Nafiizwan Adnan.  Chichester will visit last season’s runners-up TWP St George’s Hill in Weybridge, where Adnan will face the hosts’ number one Tom Richards.

But in a shock move Chichester hero and stalwart Tim Vail, a veteran of nine seasons with the south coast club, has jumped ship to pull on the Exeter Diamonds shirt.  Vail will face third string Dylan Bennett as Exeter host IGT Winchester.

Tags Howard Round One

Previous 2011/12 Teams & Fixtures
Next Round 1: Surrey Finalists Set Off To Strong Start 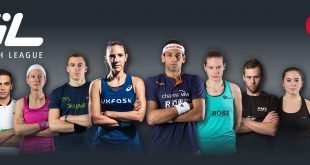