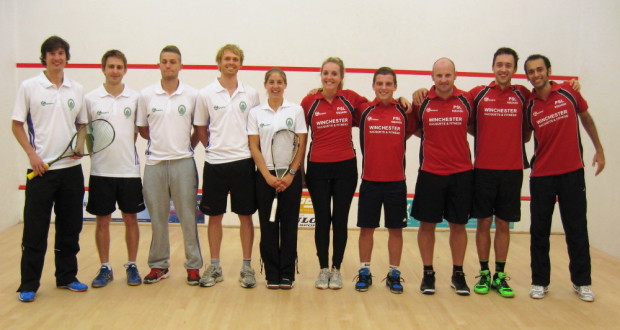 Chichester off to a flying start

Chichester off to a flying start

The 2013-2014 Premier Squash League commenced on Tuesday night and Chichester hosted its first match of the season against local rivals IGT Winchester. Team Chichester started its campaign to reach the play-offs this season (after narrowly missing out last season) with a 4.1 victory. Team Chichester has strengthened its squad this year with the signing of Rex Hedrick from Australia (WR60).

Lauren Briggs was first on court and started off in confident fashion as she played against Jane Allman. Although the Winchester player showed a lot of spirit Briggs proved far too strong and her experience throughout gave her an 11/3, 11/4, 11/4 victory.

At the same time Robbie Temple (Chi) played Scott Fitzgerald on the adjacent glass-back championship court. After a sluggish start by both players Fitzgerald narrowly won the first game 8/11. Temple then upped his game in the second to draw level 11/7. An entertaining match ensued with Temple gradually finding his range and confidence to take the next two games 11/5, 11/6.

2.0 to Chichester and right on track.

Next on the glass-back court Rex Hedrick made his debut for Chichester to play Winchester’s number 2 string, Robert Downer. It became clear from the outset that this would be an attritional encounter throughout. Downer battled well in the first two games but Hedrick looked to volley everything he could, to enforce the pressure, and took them 11/6, 11/9. The third was evenly matched until 5-all when fatigue seemed to catch up with Downer and Hedrick took full advantage of this to run out 11/5 to give Team Chichester an unassailable 3.0 lead overall.

Meanwhile, Anthony Graham was playing on the adjacent court against Winchester’s Daniel Poleshchuk (Israel). The Winchester player won a very tight first game 9/11 before Graham took hold of the game to take the next two, 11/6, 11/8. The score, however, didn’t reflect the evenness of play. The 4th game was even tighter and very competitive with Graham eventually taking it 12/10.

Finally, with Team Chichester 4.0 up on the night, Jonathan Kemp (WR50) took on Marwan El Shorbagy (WR26 and 2012 PSA ‘Young Player of the Year’). There were some breathtaking shots from both players and first blood went to El Shorbagy, 7/11. Kemp struck back and with some of his trademark nick shots he won the second 11/4. Both players traded shot after shot in the third before El Shorbagy eventually snatched it 8/11. The fourth game had it all and enthralled the packed viewing gallery. There nicks aplenty and Kemp had several game balls and El Shorbagy had numerous match balls before he finally converted one to give Winchester its only win of the night.

For the next match Team Chichester head to Surrey H&R, the reigning PSL Champions, which will hopefully provide an explosive night of squash on Bonfire Night? Rex Hedrick is unavailable and team manager, Mike Phillips, will have to make some selection decisions if Team Chichester is to continue its winning ways.

Tags 14 Round ONE Chichester 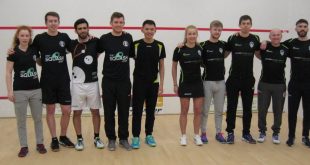 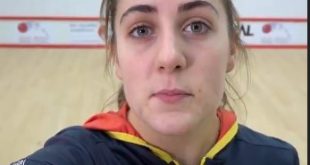 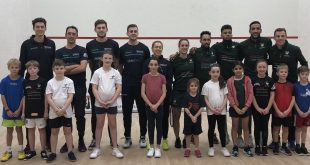 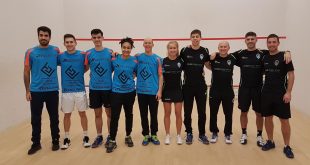