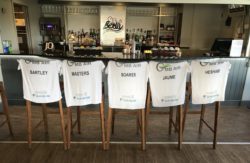 As was the case last season, it was another sell out crowd and they were treated to three current national champions, a former world no5, a former British champion and current world no15, a home grown player, two up and coming women and the most unique player on tour!

First up was Kace Bartley versus Alice Green. This was a high quality match with both girls playing aggressive , accurate squash , with great movement . The rallies were evenly contested but Kace had more winners at the end of most rallies and came out a 3-0 winner though the scores don’t do Alice justice . Kace is undefeated so far in PSL.

Next door was Bexley’s Brad Masters versus ex world no.5 Peter Barker. People were keen to see what sort of shape peter was in since he retired. Unfortunately for Bexley he was still pretty handy! Peter spent plenty of hours over the years training at Bexley with head coach , Ben Ford. He won the first comfortably and was 10-8 up in the 2nd. Brad managed to sneak it 12-10 and it looked like peter might be feeling it but he used all his experience to just do another to close out 3-1 and the match score was now 1-1.

Next up on court two and making his Bexley debut was Spaniard Bernat Jaume, up against Alan Clyne. Bernat started off like a steam train , dictating the game and taking the first with ease. Alan stuck to his game and gradually worked into the match and Bernat began to tire . Though he played some amazing winners and entertained the crowd, a day of travelling caught up with Bernat and Alan came through 3-1.

On court 1 it was  Rui Soares against Piedro scheeertman . Rui had the same journey from France as Bernat and had little sleep. It didn’t show as Rui took a 2-1 lead. Piedro, with his normal poker face, stayed calm and played some controlled squash to come back and take the match 3-2 and put RAC into a 3-1 lead.

Finally the packed crowd were treated to two of the most entertaining players on tour with Mazen Hesham against Daryl Selby.

It didn’t disappoint . Amazing winners, retrieving and holds and flicks! Both players started slowly with a few mistakes in the first game but after that it was a quality affair. The crowd loved it with Mazen sneaking it 14-12 in the 4th. Meaning a 3-2 win for RAC but a valuable 10 points for Bexley. 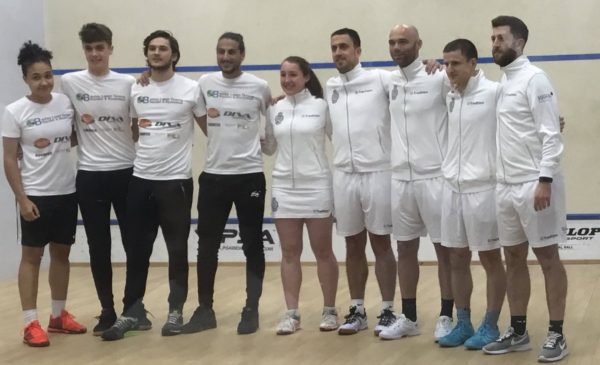 Previous Round THREE
Next 21-Nov: Round FOUR 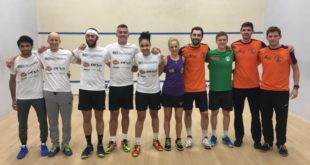