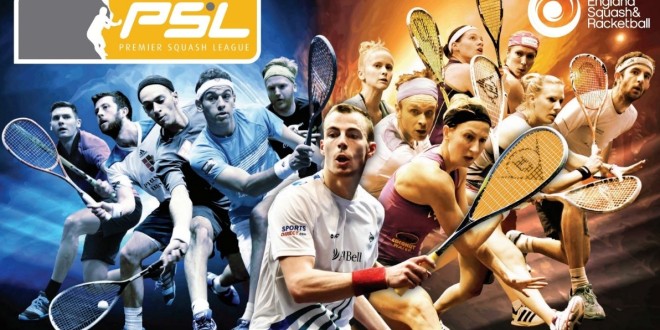 The world’s most prestigious squash league starts its 32nd season on Tuesday 6th October when the 2015/16 season of the England Squash & Racketball Premier Squash League (PSL) gets under way with the first of ten rounds of League matches.

Round One Lineups and Coverage Team Talk 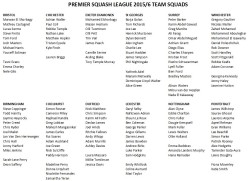 There will once more be twelve clubs from around the UK competing for the title in an unchanged lineup , with the squads between them boasting 15 of the Men’s world top 20 players (and 33 of the top 50) and 9 of the Women’s world top 30.

England Squash & Racketball Head of Competitions and Events Chris Nutley said: “I am delighted that we have maintained a full complement of teams once again.

“With all team squads now confirmed we are thrilled to have such a strong selection from the world’s top layers competing in PSL, confirming its position as the world’s best squash league. We can look forward to another exciting season of PSL and I wish all teams an enjoyable and successful campaign.”

Round One Lineups and Coverage Team Talk

After Tuesday’s first round there is a two week break, with the remaining first half rounds to be played on 27th Oct, 10th and 24th November and 8th December (all Tuesdays with matches starting at 19.00).

After all ten rounds are completed (second half dated to be set later in the year) the top two teams in each Group will contest the semi-finals.

Previous 2015 FINAL: Duffield are the Champions
Next Team Talk – what’s (been) going on